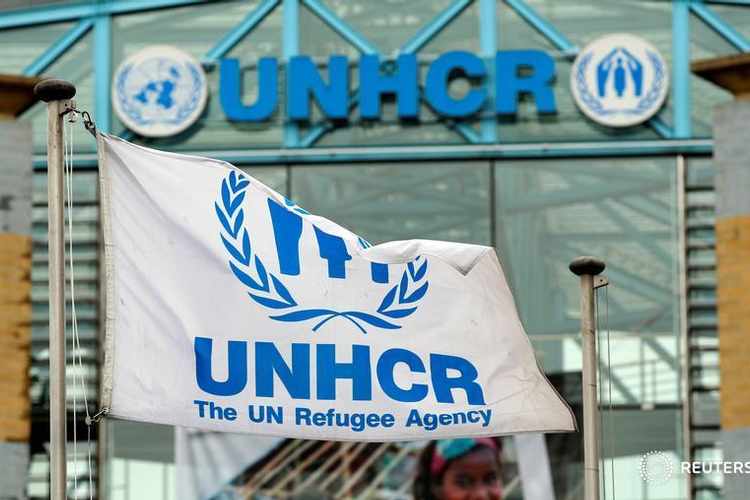 Any citation taking from this article has to be cited accordingly. Failure to comply with regulations may subject to copyright.

“Freedom of movement is key to displaced people being able to exercise other rights, such as access to work, food, healthcare and legal assistance.”

United Nations High Commissioner for Refugees is one of the UN specialised agencies under the economic and social body. The institutions focus on dealing with Refugees from all around the world. The UNHCR headquarters is in Geneva Switzerland, but its offices are spread in more than 116 countries (Loescher et al., 2008). With Convention Plus that was created under UNHCR, the organisation has promoted refugee norms and help to secure refugee life.

Refugees are the people that do not have freedom to live their life – their liberty has been taken away as they were not able to live in a place they want to be. Thus, they fleeing to another country in order to survive (Office of the UNHCR, 1997). It has started to be an international issue since the seventeenth century and after the failure of the League of Nations, the refugee problems were increased (Loescher et al., 2008). To deal with refugee problems, the United Nations created United Nations High Commissioner for Refugees. UNHCR was established in 1950 – the idea came for the first time to help people that escaped from their country (UNHCR, 2017). UNHCR mission is to protect and promote refugees rights that – every refugee has rights to seek asylum and gain safety (UNHCR, 2007).

On the first January 1951, the UNHCR was officially born. Since then, the organisation has a deal with several issues regarding refugees. During the 1960s – 1980s – the UNHCR has focused on dealing refugee crisis in the third world, mainly Asia and Latin America (Loescher, 2001). The UNHCR has promoted the safety of refugee and play an active role in the decisions making regarding refugees issues (Loescher, 2001). Afterward, the UNHCR has successfully influenced some Western government to give an open attitude to asylum-seekers and or refugees (Loescher, 2001). In this century, UNHCR has successfully promoted norms that help to secure refugee life. For instance, it has improved people health and provides nutrition to many developing countries such as Ethiopia, Kenya, Eastern Sudan, Bangladesh, Myanmar and Nepal (Redden, 2008). In addition, the UNHCR has influences people to help the refugees – both to protect their rights and to provide the access to normal life.

Since the 1951 Refugee Convention and UNHCR Statute – when the UNHCR recognition was brought to the world – it has started to preside state attitudes towards refugee law or even more possible to challenge state policies that threaten refugees (Loescher, 2001). One way to perform this is by establishing Convention Plus. Convention Plus was established to solve refugee issues with multilateral agreements (UNHCR, 2017). The work of Convention plus was split into two sections. The first section is generic work and the second section is situation-specific work. Within generic work there was three scheme; ‘the strategic use of resettlement’, ‘irregular secondary movements’ (ISM), and ‘targeted development assistance’ (TDA) (Betts and Durieux, 2007). These three stands help to develop some kind of intercourse between states to understand the specific situation regarding refugees (Betts and Durieux, 2007).

Convention Plus was made not just to solve refugee problems but as well as to maintain state interest in order to develop international cooperation for common interest (Betts and Durieux, 2007). Because of this cooperation for the common interest, it would be easier to achieve mutual agreements. These multilateral agreements will then turns into the regime and create a norm that – if it is possible – become a law. The definition of regime theoretically has shown that consent could start the process of norms (Betts and Durieux, 2007). The agreement that was made under Convention Plus helps to maintain state to act accordingly – with what they have discussed and agreed to do. In a certain time, the way that each state acts will start to create a behavior. Within this behavior, the consent has created the norm. This norm will become general when the behavior starts to be obligatory (Kelsen, 1991).

Thus, the Convention Plus is not necessarily binding states to act in certain ways – because like any other international organisations – the power of it is not enough to give an absolute control over a state – as there is no higher authority above state. The authority of Convention Plus is limited – only to ‘soft law’ (Betts and Durieux, 2007). However, it does show what is prevalent. If a specific state decided not to behave accordingly to the consent, they will be isolated. As a result, nowadays, refugees are seen as the world responsibility to protect them rather than an assets (Loescher, 2001) – it could be argued that this happens because of the success of Convention Plus on created a refugee norm.

Although it has success on creating a norm – creating an international law that makes all states to obey the law is not too sensible. As in global issues do not suitable to only one single regime (Young, 2012), creating a law under UNHCR to solve refugees problems is difficult. It is true that the UNHCR has tried to keep the fulfillment of refugees need on track within international levels (Loescher, 2001), but forcing each state to deal with refugees the way the UNHCR wanted is not possible. The failure of Convention Plus in November 2005 (Loescher et al., 2008) has shown that the issue is too complex, because of different perspectives, cultures, and beliefs. The northern and southern world could not come to a settle agreement (Loescher et al., 2008). Therefore, Convention Plus of UNHCR does not create international law but it helped to create norms (Betts and Durieux, 2007).

In conclusion, United Nations High Commissioner for Refugees is an organisations under the United Nations that focus on helping refugees by protecting and promotes the rights to live as refugees. Within Convention Plus, the UNHCR has brought the state to collaborate in order to deal with refugees problems. The agreements that were made under Convention Plus – created regimes that turn into norms. Thus, the state behaves accordingly to the norms that were created. However, the UNHCR is not able to force every state to behave accordingly to the norms – as there are not obligations that binding the state.

Thousands of people who, until now, did not have a determined nationality, will come out of the shadows, thanks to the reforms currently being implemented in several states in West Africa, these men, women and children will finally be able to obtain a legal identity.

A dreamer & a lover. View all posts by Valentina Laura

Holiday at home 🏡🇮🇩
Quarantine life.
Just me & mr nutcracker 🎄🎁
It’s not always all or nothing. Sometimes, something is enough 🤍
Take a pause to appreciate how far you’ve come 🍁
& just like that, autumn is gone 🍂
Work hard so you can enjoy life 🥂
🌻 Once upon a time, this life was just a dream 🤍

Can’t Find What You’re Looking For?

Translate To Your Language